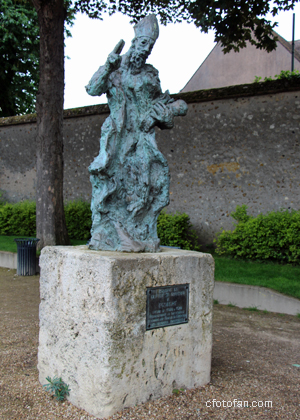 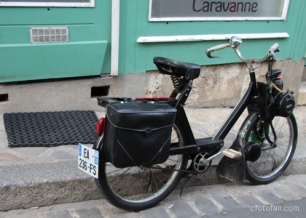 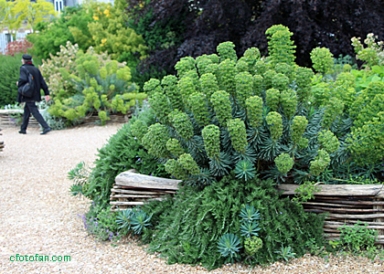 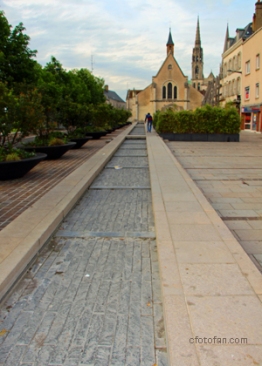 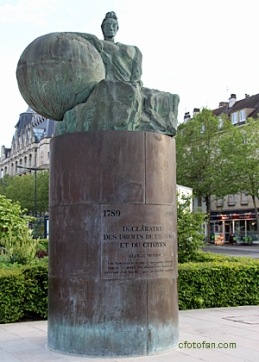 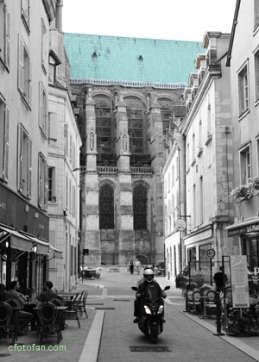 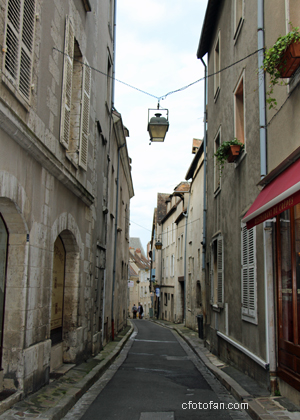 Text credits:
https://en.wikipedia.org/wiki/Chartres
Chartres is a commune and capital of the Eure-et-Loir department in France. It is located 96 km (60 mi) southwest of Paris. This city is well known for its cathedral.
Chartres was in Gaul one of the principal towns of the Carnutes, a Celtic tribe. In the Gallo-Roman period, it was called Autricum, name derived from the river Autura (Eure), and afterwards civitas Carnutum, “city of the Carnutes”, from which Chartres got its name. The city was burned by the Normans in 858, and unsuccessfully besieged by them in 911.
During the Middle Ages, it was the most important town of the Beauce. It gave its name to a county which was held by the counts of Blois, and the counts of Champagne, and afterwards by the House of Châtillon, a member of which sold it to the Crown in 1286.
In 1417, during the Hundred Years’ War, Chartres fell into the hands of the English, from whom it was recovered in 1432.
In 1528, it was raised to the rank of a duchy by Francis I.
In 1568, during the Wars of Religion, Chartres was unsuccessfully besieged by the Huguenot leader, the Prince of Condé. It was finally taken by the royal troops of Henry IV on 19 April 1591. On Sunday, 27 February 1594, the cathedral of Chartres was the site of the coronation of Henry IV after he converted to the Catholic faith, the only king of France whose coronation ceremony was not performed in Reims.
In 1674, Louis XIV raised Chartres from a duchy to a duchy peerage in favor of his nephew, Duke Philippe II of Orléans. The title of Duke of Chartres was hereditary in the House of Orléans, and given to the eldest son of the Duke of Orléans.
In the 1870-1871 Franco-Prussian War, Chartres was seized by the Germans on 2 October 1870, and continued during the rest of the war to be an important centre of operations.
In World War II, the city suffered heavy damage by bombing and during the battle of Chartres in August 1944, but its cathedral was spared by an American Army officer who challenged the order to destroy it.[1] On 16 August 1944, Colonel Welborn Barton Griffith, Jr. questioned the necessity of destroying the cathedral and volunteered to go behind enemy lines to find out whether the Germans were using it as an observation post. With his driver, Griffith proceeded to the cathedral and, after searching it all the way up its bell tower, confirmed to Headquarters that it was empty of Germans. The order to destroy the cathedral was withdrawn. Colonel Griffith was killed in action later on that day in the town of Lèves, 3.5 kilometres (2.2 miles) north of Chartres.[ For his heroic action both at Chartres and Lèves, Colonel Griffith received, posthumously, several decorations awarded by the President of the United States and the U.S. Military, and also from the French government
Following deep reconnaissance missions in the region by the 3rd Cavalry Group and units of the 1139 Engineer Combat Group, and after heavy fighting in and around the city, Chartres was liberated, on 18 August 1944, by the U.S. 5th Infantry and 7th Armored Divisions belonging to the XX Corps of the U.S. Third Army commanded by General George S. Patton.

Chartres is best known for its cathedral, the Cathédrale Notre-Dame de Chartres, which is considered one of the finest and best preserved Gothic cathedrals in France and in Europe. Its historical and cultural importance has been recognized by its inclusion on the UNESCO list of World Heritage Sites. It was built on the site of the former Chartres cathedral of Romanesque architecture, which was destroyed by fire in 1194. (That former cathedral had been built on the ruins of an ancient Celtic temple later replaced by a Roman temple.) Begun in 1205, the construction of Notre-Dame de Chartres was completed 66 years later.
The stained glass windows of the cathedral were financed by guilds of merchants and craftsmen, and by wealthy noblemen. It is not known how the famous and unique blue, bleu de Chartres, of the glass was created, and it has been impossible to replicate it. The French author Michel Pastoureau, says that it could also be called bleu de Saint-Denis.

This site uses Akismet to reduce spam. Learn how your comment data is processed.